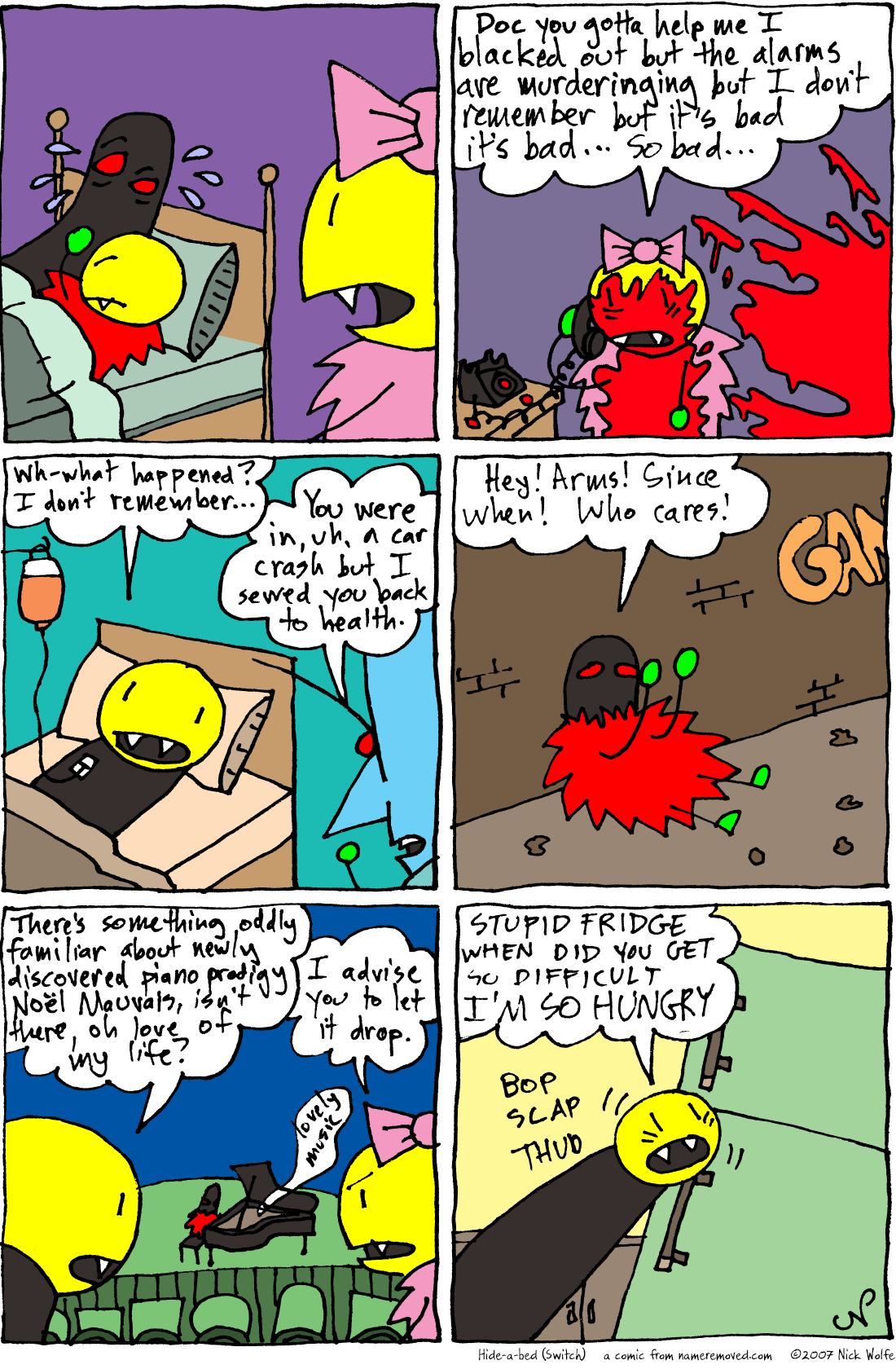 I didn't do a wednesday comic of this idea a couple weeks ago so here is one I did today.

Saturday is FREE COMICS DAY and I am going to go to the Beguiling and hand out un-asked-for cards with little comics on them and the url of this site. Isn't that neat? Maybe I will post them here eventually.