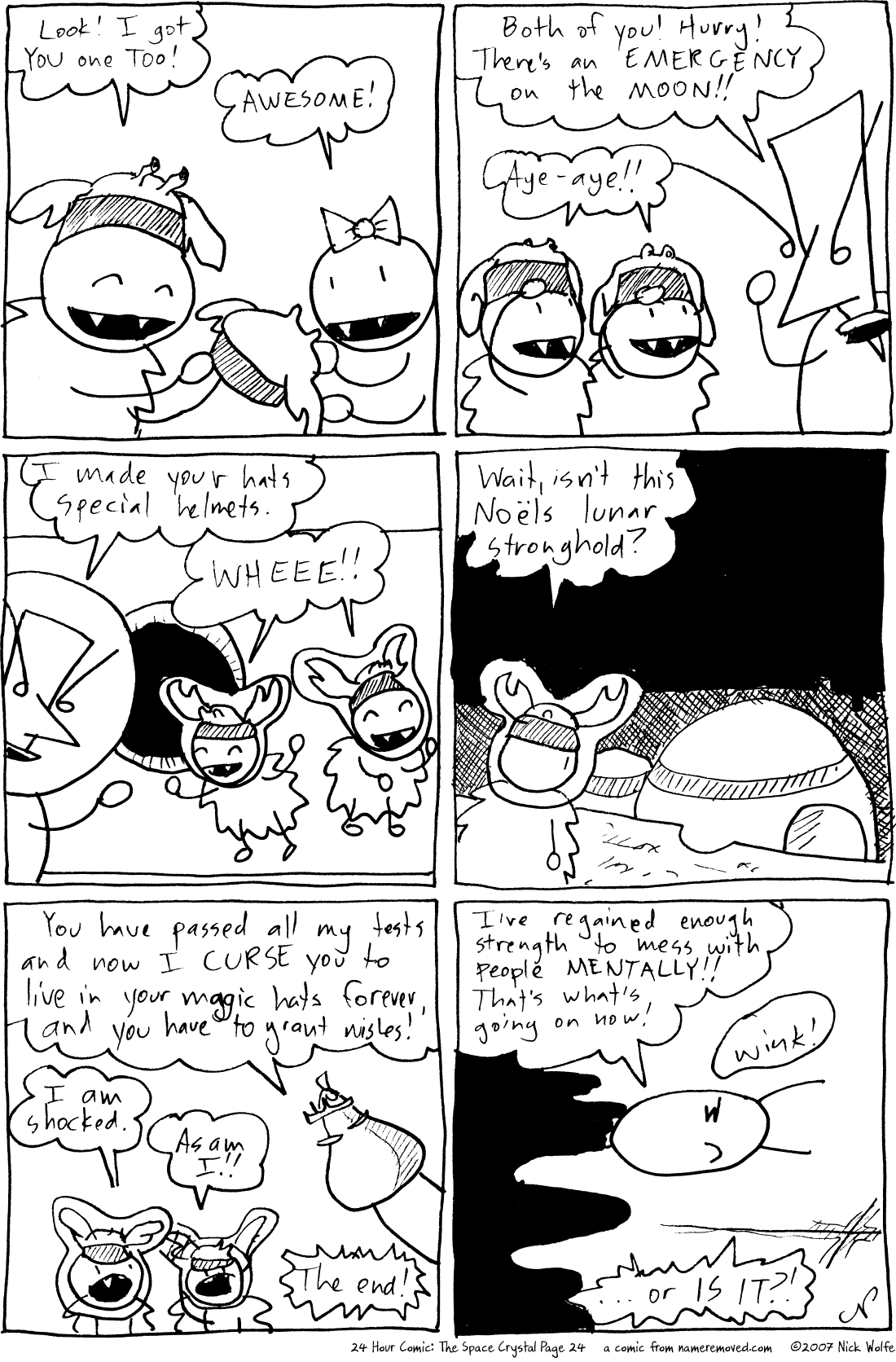 i ran out of ideas maybe

So tired by this point I fell asleep while drawing lobster claws and thought I was drawing a cactus. And yeah. Kind of a lame ending. I should point out that it may seem that I've broken my rule of no extra-diagetic text ("MEANWHILE..." and so forth) but that is actually FXRGLTRT using his booming psychic voice. But does that mean he's in league with the demons? TUNE IN NEXT TIME! THE END! FOREVER!!