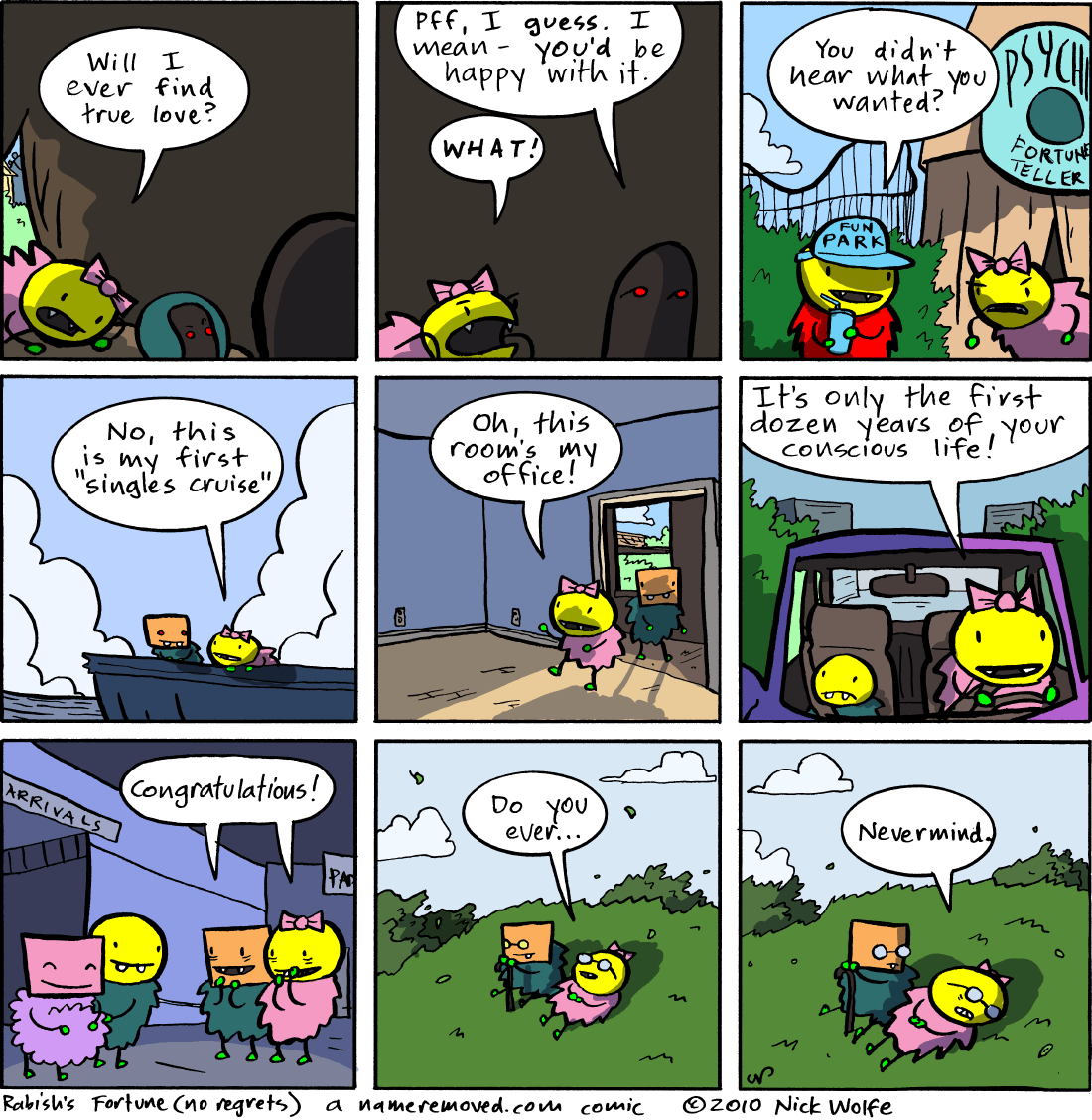 Just to clear it up, in the fifth panel Rabish is claiming that room in their new house. Her statement is aspirational.

Vote away at top web comics to enjoy drawings I did that lead up to this comic! And of course visit the ChumpCo Shop to buy my fun comic book I made.