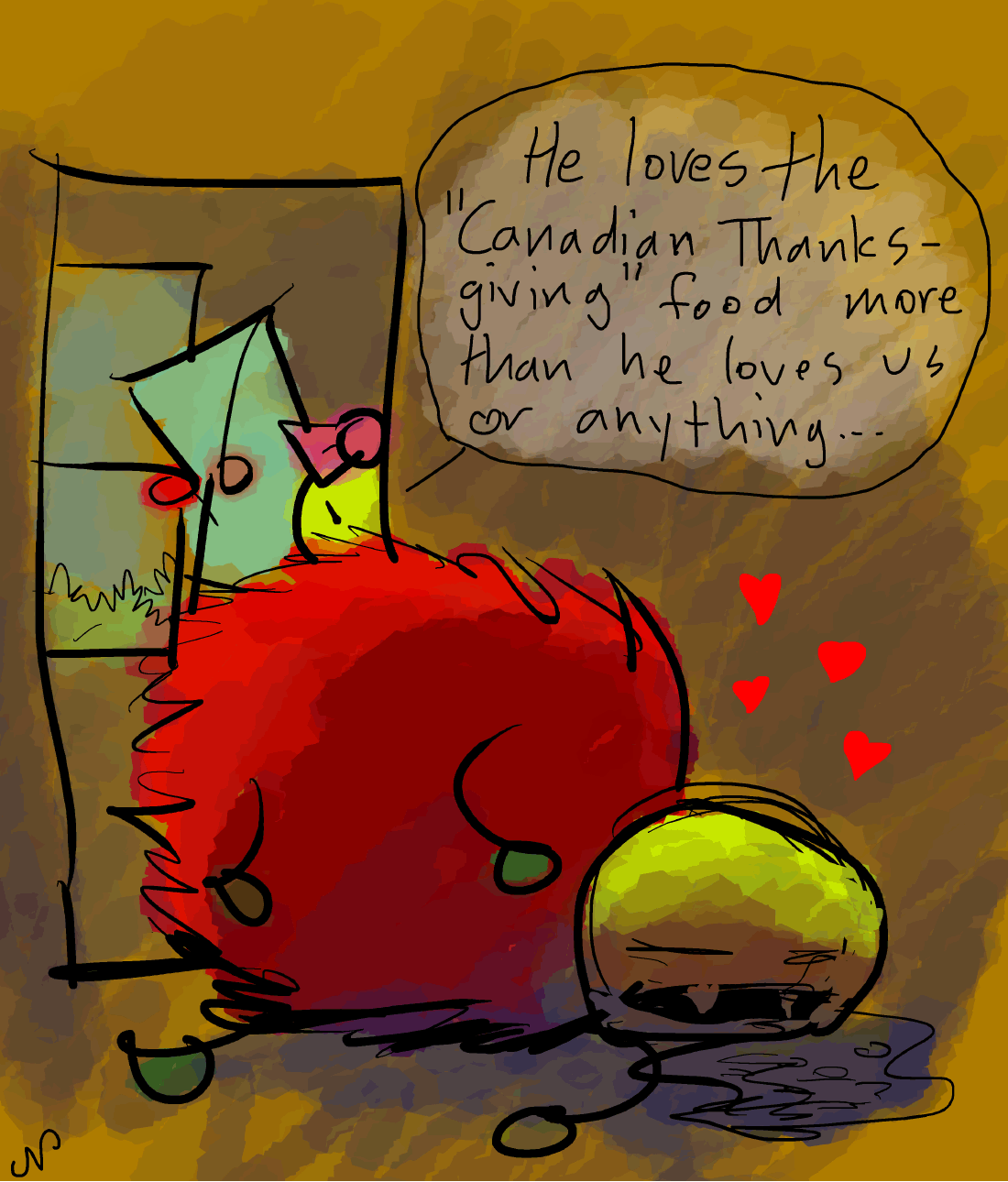 Whoever writes and draws this comic normally loves the "Canadian Thanksgiving" food more than he loves drawing comics or anything...

So who wants a tutorial on my fabulous digital painting technique? ha ha ha ha