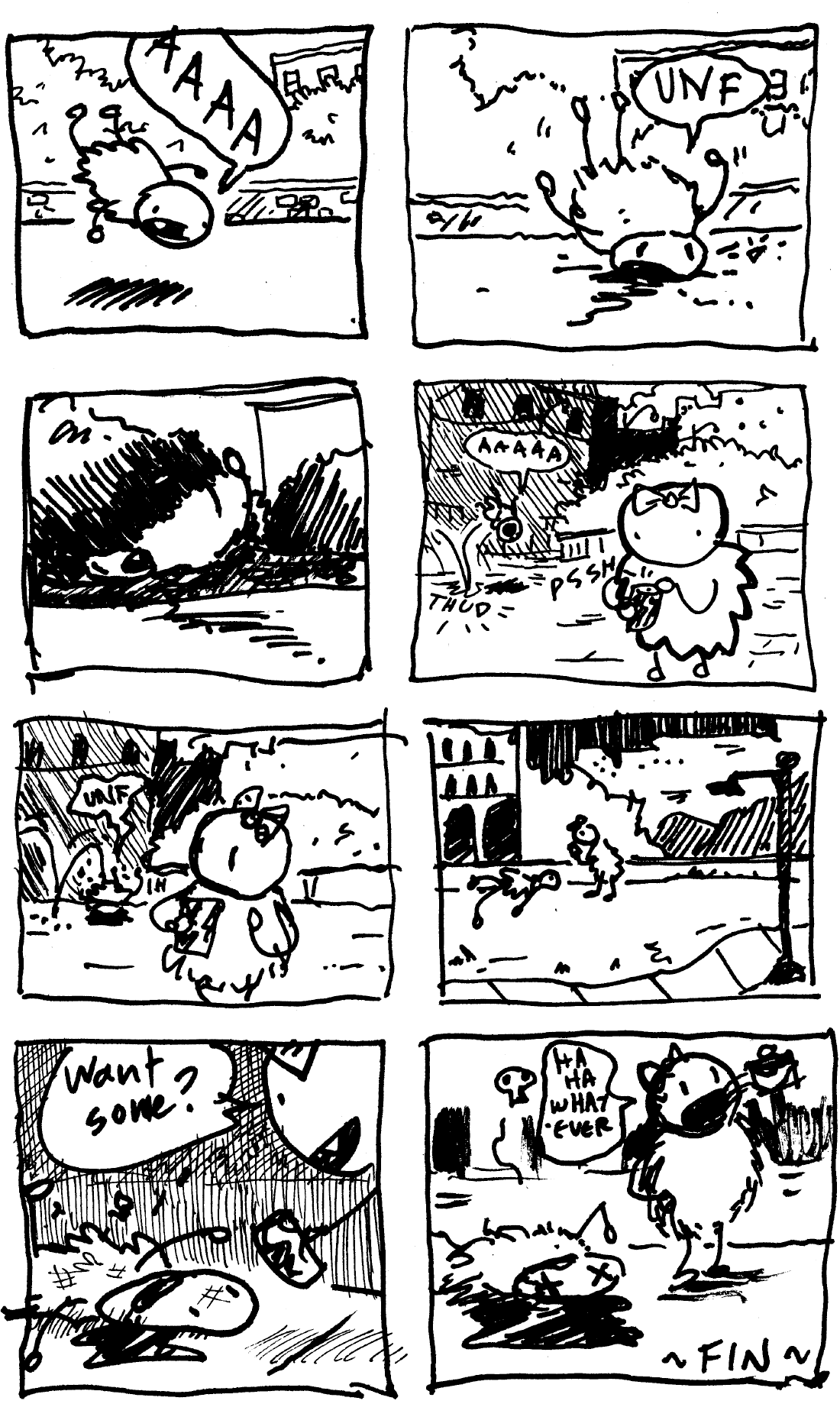 Okay! My vacation is over. This weeks' comics start with a jam comic done by, in order, me, Karla, and Lisa. Over and over. Good times! I think this week things will be Normal again after this.